Bosnian Cyrillic, widely known as Bosančica is an extinct variant of the Cyrillic alphabet that originated in medieval Bosnia. The term was coined at the end of the 19th century by Ćiro Truhelka. It was widely used in modern-day Bosnia and Herzegovina and the bordering areas of modern-day Croatia (southern and middle Dalmatia and Dubrovnik regions). Its name in Bosnian-Croatian-Serbian is Bosančica and Bosanica[3] the latter of which can be translated as Bosnian script.

The Charter of Ban Kulin(Bosnian-Serbian-Croatian: Povelja Kulina bana / Повеља Кулина бана) was a trade agreement between the Banate of Bosnia and the Republic of Ragusa that effectively regulated Ragusan trade rights in Bosnia, written on 29 August 1189. It is one of the oldest written state documents in the region.

According to the charter, Bosnian Ban Kulin promises to knez Krvaš and all the people of Dubrovnik full freedom of movement and trading across his country. The charter is written in two languages: Latin and an old form of Shtokavian dialect, with the Shtokavian part being a loose translation of the Latin original. The scribe was named as Radoje, and the script is Bosnian Cyrillic (Bosančica).

Bosančica based on the Charter of Ban Kulin

This font is an attempt to represent something as old Bosnian alphabets by assigning each character its roughly equivalent phonetic counterpart in Modern Bosnian, plus three extra characters which are the equivalent of old Bosnian Language Ю, Щ and Ѡ. For the most part, these approximations are perfectly adequate.

The upper- and lower-case character sets are identical (the old Bosančica apparently didn’t differentiate between the two). 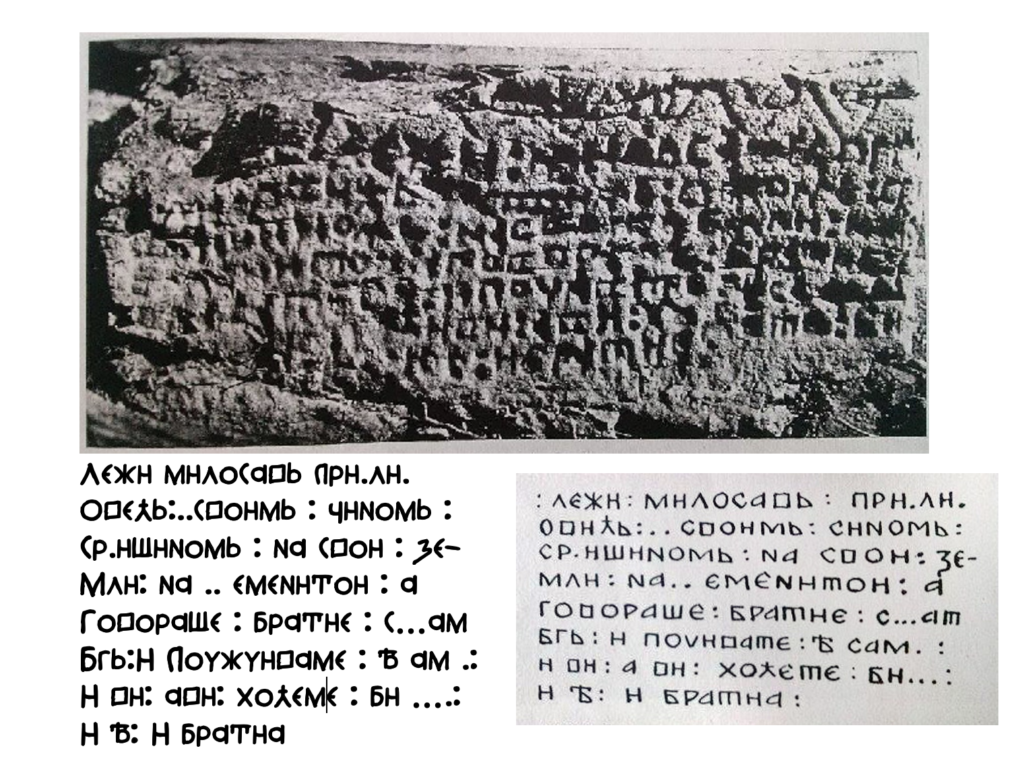 We publish academic and non-academic works that focus on the South-Eastern Europe,  Asia, and MENA regions.

Shopping cart
close
Sidebar
Start typing to see products you are looking for.